This is a non exhaustive list, there are many other interesting sites! 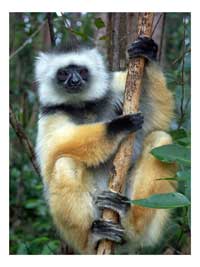 125 km after the crossroad to Andasibe. Akanin’ny Nofy means in English “Nest of dreams”, situated between the lake of Rasoabe and the Pangalanes canal, deserves it’s name. You can explore the surroundings by canoe or foot. You can find the pitcher plant nearby, and there is the private Palmariom reserve, where you can see several species of lemurs. 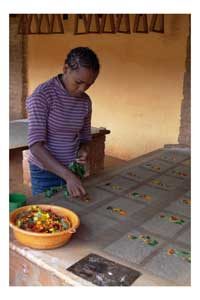 Centre for the fabrication of Antemoro paper, this local craft paper with dried flowers or leaves is used for making photo albums, lamp-shades, postcards or simply as wall decoration. Nearby, you can visit a winecave from a wineproducer, and there’s a small private reserve with Katta Lemurs 12km south of Ambalavao. 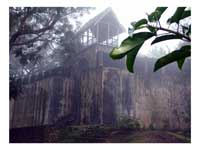 22 kms far from Antananarivo. Ambohimanga literally means the Blue Hill. It is considered to be the craddle of the Merina monarchy.

One of the important malagasy handcraft centres mainly specializing in marquetry and woodcarving. Along the road crossing the small town, you can admire the beauty of the traditional houses with their balconies decorated with carved woods. 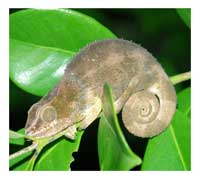 140 kms far from Antananarivo, a Nature Reserve which is home to the Indri Indri-the biggest lemur species. But there are other species of lemur inside the reserve. You can find also birds, precious trees, orchids, chameleons.

12 kms south of Ambalavao, a Nature Reserve which  is home to some colonies of Catta lemurs. It also has some caves.

A small little village in the Northwest of the big island, with a beautiful beach under palm trees. 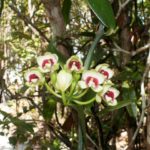 Located on the Nort east of Madagascar, Antalaha is a prosperous coastal town and a charming relaxing place thanks to its rainforest and huge vanilla plantations.

The capital, also called The Town of Thousand, is undoubtedly the first touristic town of Madagascar, with its fine avenues, especially Independance Avenue, its steep and picturesque streets, its quaint houses of malagasy style dwarfed by towering modern buildings. The Botanical and Zoological Garden of Tsimbazaza is situated in the southern part of the town, there you can find samples of endemic plant and animal species of Madagascar.

Capital of Vakinankaratra, also called The Town of Water or The Malagasy Vichy, is a spa station. The town is situated in the heart of fertile plains surrounded by steep mountains. Not so far from the town are the legendary lakes Andraikiba and Tritriva. Antsirabe has many rikschas, locally called Pousse Pousse. 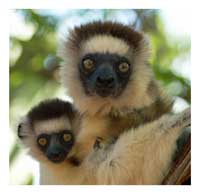 90 kms west of Fort Dauphin is a private reserve created in 1938 by the De Heaulme Family. Birds, chameleons, tortoises and other animals of the south can be found in this reserve. Fauna is mainly composed of lemurs : Propithecus Verreauxi, Lemur Catta, Lepilemur Leucopus, Microcebus Murinus, and Lemur Fulvus Rufus. 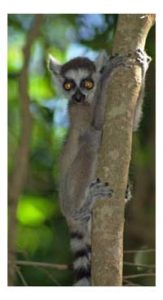 This reserve is divided into two parcels of land :the first one consists of sand and dry forest and the second one of spiny forest. Verreaux ‘s sifaka, ring-tailed , fat-tailed dwarf , mouse and sportive lemurs can be found at this reserve. There are also large –eared tenrecs, radiated tortoises. 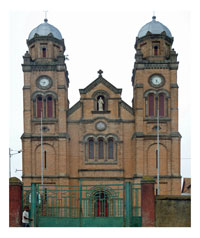 The capital of Betsileo tribe. The name means the city where one can learn good life and happiness. This region is renowned for its vineyards and terraced ricefields.

A historic city situated on the south-east coast, founded in 1642 by the French Jacques de Pronis. The city is built on a rocky cape lined by luxuriant vegetations covering the sharp slopes of Saint-Louis peak.

This town is considerd to be the point where one can meet malagasy people coming from different regions of Madagascar. The zebu market is a place recommended for a visit.

A beautiful river near Sambava on which pirogue trips are possible after visiting the Marojejy reserve. 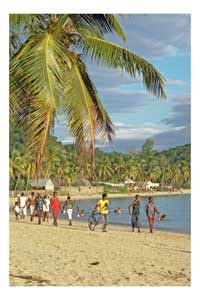 An island on the north-west coast. Ylang-Ylangs, coffee shrubs, pepper plants give to this first tourist place of Madagascar a sweet scent. The visit of the Lokobe nature reserve to see some lemurs , reptiles and birds or an excursion to Mont Passot – the highest point of the island- to admire the sunset and some crater lakes is strongly recommended. . 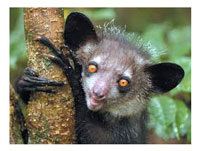 A thickly forested 520 hectares island which is a nature reserve , is located in Antogil bay , about 5 km offshore from Maroantsetra. Apart from its beautiful forest, the main attraction of Nosy Mangabe is its population of aye-aye , mouse lemurs, black and white ruffed lemurs and brown lemurs. This island is home to the leaf-tailed gecko, several species of chameleons , frogs, snakes and 15 species of birds.

An elongated island on the east coast, An immense desertic beach surrounds a luxuriant tropical vegetation where small villages are nested.

The malagasy first harbor for sea going vessels and also a holiday city. It is a perpetual delight to go through its fine and large avenues lined with palm trees or flamboyant trees. The rickshaw is the popular means of transport. A small park of lemurs is located 18km north of the city 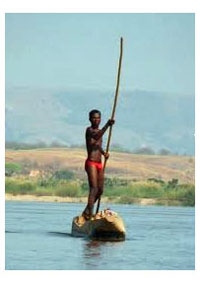 A long river connecting Miandrivazo with Belo sur Tsiribihina. A boat trip down this river is very scenic , passing through villages and giving you a chance to observe natural attractions such a Gorge, and wildlife such as lemurs, crocodiles and birds. 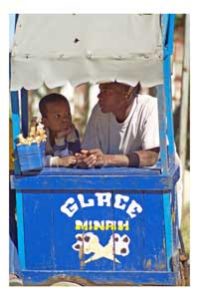 Situated on the south coast, the city of Tuléar is built between Fiherenana river and the imposant stream of Onilahy. A visit of the city will lead to the shell market, the oceanographic museum and to the time-honoured banyan trees of Miary. You can also visit the Arboretum with its big variety of flora. 20 kms north of the town is Ifaty beach with its mild sand and sea.

We use cookies to ensure that we give you the best experience on our website. If you continue to use this site we will assume that you are happy with it.Ok